The 7th World Environmental Education Congress (WEEC 2013), which occurred in Marrakech from the 9th to the 14th of June 2013, has filled up with participants, meetings, ideas and even emotions sharing.

2400 participants, come from all over the World (more than 105 nationalities were there!), have shared and enjoyed together the 7th World Environmental Education Congress (WEEC 2013), for 5 days, from the 9th to the 14th of June, in the Marrakech Congresses Palace (Palais des Congrès). This record participation highlights the growing interest for the Environment and make this unique event a reference forum in the Environmental Education field.

Co-organised by the Foundation Mohammed VI for the protection of the environment an the Permanent Secretariat Of the WEEC Network, it was supported by international institutions, such as UNESCO, UNEP, ISESCO, the Foundation for the Environmental Education (FEE), whose highest delegates have come to participate in the Congress’ works.

Structured in plenary sessions and thematic niches, the Congress’ works have analysed all the different aspects of the Environmental Education, showing how this is the key to abandon a development model which is at the end of its rope!

The emerging changes and those that still have to come and that are even more necessary, cannot be realised if societies won’t pass down to children as well as to adults, new values even breaking the old ones.

The participants’ unanimous assessment on the environmental education’s fundamental importance for the sustainable development is doubled by another observation: the tools, the attention and the support to this education are not enough, if we consider the urgency of the situation, which is often alarming. The participants have then decided to transform the recommendations traditionally concluding this Congress in a plea, that is the “Marrakech’s Plea”, a more solemn word better translating the current issue and the necessity.

Can this plea be heard? It would be necessary the eloquence and the sincerity of Vandana SHIVA everywhere in the World! Indian writer, alternative Nobel Prize (1993), prestigious personality and ecologist activist from the outset, Ms. Vandava Shiva has been invited to express herself in front of an audience that she made thrill, even stand up, with a call for considering the Nature as the best teacher, for learning again to live with it, for weaving the social bonds again. She has been so convincing that Mr. Lahoucine TIJANI, Deputy President of the Foundation Mohammed VI for the Protection of the Environment, took the public pledge to point her message out to the Young Reporters for the Environment as soon as they will be back in school, in the frame of this Foundation’s educative programme, which has celebrated its 10 years of life and of successes.

At the end of a day closed by a general satisfaction for the organisation and the scientific richness of the exchanges, a dinner will be offered by HRH the King Mohammed VI to all participants. These latter are invited, the day after, to take part in several visits around Marrakech.
The next edition of WEEC will be in Sweden: Mario Salomone, Secretary General of the Permanent Secretariat WEEC and Ulf Anderson, Gotheborg University, will welcome you in  GÖTEBERG-Sweden, for the 8th WEEC’s Edition, from 5 to 8 july 2015. 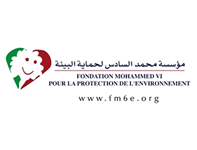 c/o Istituto per l'Ambiente e l'Educazione Scholé Futuro ONLUS
Via Bligny 15, 10122 Torino (Italy) - Ph./Fax +390114366522
This email address is being protected from spambots. You need JavaScript enabled to view it. - www.environmental-education.org